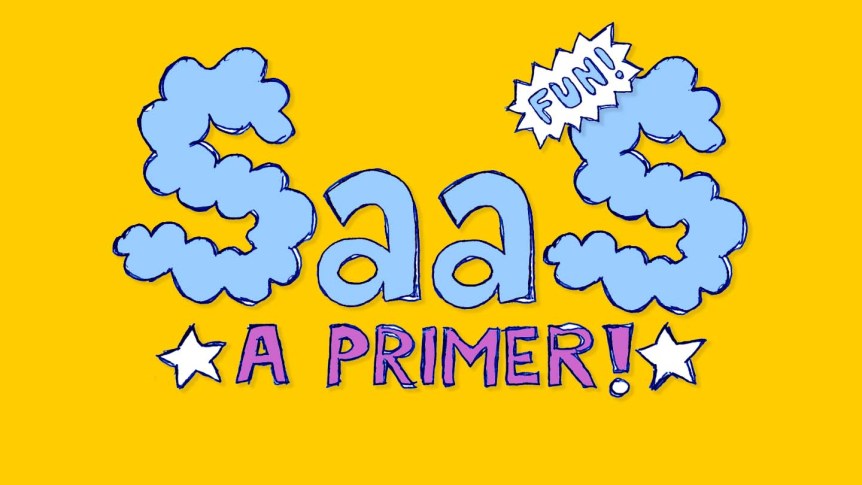 Whether you’re running a Software as a Service business, a subscription business or frankly any business, understanding the key metrics makes all the difference. After all, you can’t (reliably) grow what you don’t know.

There are dozens of metrics used in SaaS businesses. I keep getting asked about them, so this primer covers the five most important (particularly for start-up businesses). If you have other ideas, comment away!

*So named because it settles all disputes. It is first in the list because it is the most important metric of many SaaS businesses. It’s complex but it’s worth it.

The average Life-Time Value of a typical customer
vs the average Cost to Acquire a typical Customer.

Can I make more profit from my customers than it costs me to get them?

How to calculate CAC and LTV:

In SaaS businesses the Gross Margin % is often very high so sometimes Gross Margin is left out of the LTV equation.

Average Revenue Per Account is the average amount of money that you bill customers in a year (the subscription price). There’s more about calculating Average Customer Lifetime later. Read on.

Entrepreneurs are almost always over-optimistic about how much it costs to acquire a customer. If you build something great, and put it on the internet, people don’t just rock up and buy it. You’ll probably need to advertise, do PR, even hire sales people. All of which costs money.

One of the businesses I have looked at recently makes a subscription software product for businesses. They have a very expensive sales team, but the product is sold cheap in comparison to competitors. Customers stay with them on for about 2.5 years on average. When we sat down and did the calculation on LTV and CAC we found that LTV and CAC were about the same. Think about that! If this continued, this business would NEVER make money, no matter how much they grew. Something needed to change. By carefully focussing on increasing the selling price, reducing the cost of the sales team and stretching the lifetime of customers through product enhancements and better account management the team was able to fix the ratio so that LTV / CAC > 3 This has given them the confidence to start scaling the business.

*Conditions apply. Nothing is free.

If we stopped adding customers tomorrow how much money would we still make?

How to calculate MRR and ARR:

There are two kinds of SaaS businesses. Those with mainly monthly contracts, where customer’s credit cards are billed every month for a small amount (like Hootsuite) or those with mainly annual or multi-year contracts where customers are invoiced once a year (like Workday). The former use MRR, the latter use ARR.

Not surprisingly ARR = MRR * 12, and is sometimes calculated that way.

The way that a SaaS business most commonly grows shareholder value is by growing its recurring revenue. In fact valuations for SaaS business are often expressed as multiples of the ARR – something multiplied by the ARR. Something? Well, yes… When the company I founded was acquired by one of our large competitors the price they paid for it was 5X our ARR, and at the time 5 was a pretty common multiple.

Why is this such a common shorthand for valuing a business? Because when revenue is recurring the business has the choice to dial down the expensive sales and marketing activity done to acquire new customers, and instead profit off the recurring revenue from existing customers. Unlike non-subscription businesses which have to invest for every dollar of sales, SaaS business start the year with the expectation that they’ll make at least a big chunk of last year’s ARR without much investment at all. So recurring revenue is proxy for the value of the business.

*So named because Growth Forgives Everything. Well, almost everything.

How much more recurring revenue did we make this month than last month?

How to calculate MRR Growth %:

Some businesses with a focus on annual contracts use ARR% growth rather than MRR% growth – but be careful, growth is a year-round focus. All businesses need to measure growth every month.

There are lots of ways of measuring growth other than just MRR. Booking growth, revenue growth, these are all legitimate, but the advantage of MRR Growth is that it ignores all revenue that doesn’t recur (like implementation fees or one-off consulting fees). Why? Because recurring revenue adds the most shareholder value.

Forward ARR and the L4M of MRR Growth %

There is no standard benchmark for growth across all SaaS businesses, but all Smart SaaS businesses do set a target for revenue growth and it is often expressed as Forward ARR – which is quite simply “our target ARR at some time in the future” (normally in 12 months, or at year end). Faster growing businesses are more valuable because the forward ARR is higher.

To ensure that the business meets the forward ARR work backwards from the target. If you know what the ARR needs to be in 12 months, then you can work out what the MRR needs to be (MRR=ARR/12). Then you calculate the MRR Growth % you need to get from today’s MRR to that target MRR.

L4M means the Last 4 Months. It’s the average MRR Growth % over the last four months. If the L4M isn’t what you need to meet the Forward ARR, well the business is off track. Something needs to be done.

There are a million excuses for not making a growth target. L4M doesn’t care.

*What’s the opposite of winning new business? Losing existing business.

Customer Churn is the % of customers cancelling their subscriptions each month.

Do our customers stay with us?

How to calculate Revenue Churn:

Churn is inversely related to Average Customer Lifetime. The less percentage of customers that churn, the longer the average lifetime. In fact:

Customer churn, and the balance of expansion revenue to lost revenue, are good indications of both how desirable/useful a product is, and what your customer service is like. For a SaaS business to truly deliver on the promise of the business model it needs to retain customers for a long time and keep selling them more stuff.

The nirvana for SaaS businesses is something called Negative Churn. Negative churn is when expansion revenue is greater than lost revenue. Reduce customer churn by having a great product and great customer service, so people don’t leave you. Increase expansion revenue by, for example, using variable pricing strategy (like increased charges for more seats) or selling new products or modules to existing customers (this upselling strategy is often called “land and expand”).

The Number of Months that Cash Reserves will last at the current Monthly Cash Burn.

How many more months until I need to raise capital?

How to calculate Cash Runway:

In SaaS businesses there is often a lot of accounting jiggery-pokery to spread revenue across multiple months even if it is received in lump sums from customers, and staff costs (especially for development) are often capitalized rather than expensed. It’s important to understand that OPEX less Revenue is different from Cash Burn.

Knowing how long your cash will last is critical. Varying Cash Outgoings to balance changes in Cash In is part of managing any business.

SaaS businesses often require capital investment to grow. If the ratio of LTV to CAC is good then we know that this investment will grow ARR and in turn Enterprise Value. We spend money to make money: that’s what business is about. It’s not quite a rule of thumb (some great businesses bootstrap, some raise hundreds of millions), but it is very common for SaaS businesses to raise enough capital to give themselves 18 months of Cash Runway.

Raising capital dilutes the existing shareholders, and the lower the Enterprise Value, the more dilution. 18 Months of runway gives the business 12 months to focus on growing out the ARR and then 6 months up the sleave for contingency and raising capital. More than 18 months is too dilutive, less is not enough time to make an impact.

When a SaaS business is very new it is often too early to establish lots of the other metrics. It’s hard to calculate churn when all of your customers are new. CAC gets blown out when you’ve just got one salesperson and they’ve only just started selling. But in these situations you can still measure Cash Runway. And that will tell you if you’ll last long enough to get everything else in place.

Get our monthly digest of start-up hacks!