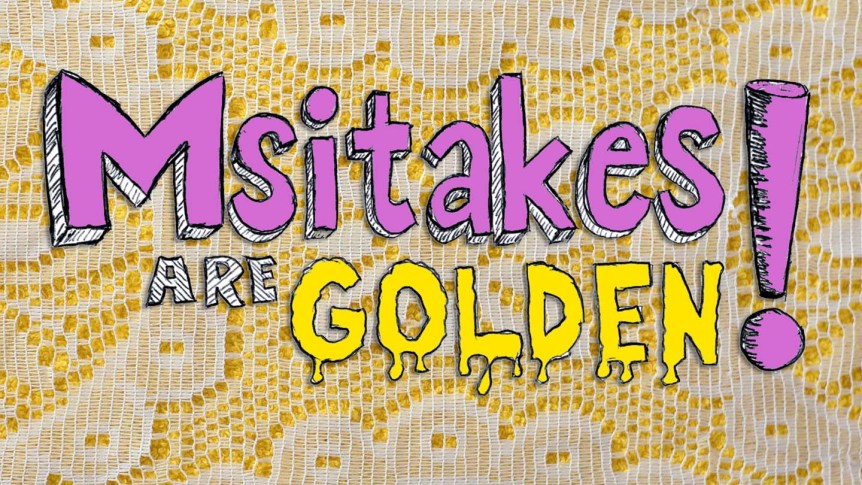 Despite all our efforts to make things perfect, turns out it was a mistake that made all the difference.

This story starts on a Tuesday. I’d got to work early because Tuesday was the day we sent out the email newsletter to the sales prospects for our human resources software. Newsletter. Prospects. Human Resources. I can imagine your eyes glazing over. But that’s what we did – every Tuesday we emailed people, tens of thousands of them, with a personalized email, a slick newsletter and an invitation to our webinar. It was a key part of our marketing strategy.

That Tuesday I was distracted. I was fighting with my future ex-wife – something about the children – and just following the well-practiced Tuesday morning routine. The marketing team at Sonar6 had worked out that Tuesday was the day when we had the most success with our email – highest open rates, best click through. So we’d get everything primed Monday. Tuesday, I’d get in early. Check everything was right. Hit send.

That Tuesday: I Hit send. My heart lurched. My brain went: Shit! You’ve really screwed up.

I don’t remember exactly what the subject line of that email was, but I remember that the marketing team and I had spent a lot of time discussing it – specifically, whether it should end with an exclamation mark or not. Eventually we sent it to A/B testing. Turns out ‘no exclamation mark’ had a positive effect on open rate.

Few people realize how much effort goes into a decent marketing email. A/B testing helps fine tune the content. You send two subtly different versions of a message (“A” and “B”) to a sample of your database and see which performs better. Then you do it over and over, improving and refining each time.

At Sonar6 we prided ourselves on the quality of our email marketing. We had won awards. Part of this was that we would test EVERYTHING. The email on this Tuesday had cornball cartoon characters representing clichéd employees and employers. There was ‘office party guy’, ‘entitled millennial’ and ‘socially awkward engineer’. You get the idea. They didn’t appeal to me, but they’d performed well in testing, so out they went.

One of my Tuesday morning jobs was to check that the link in the email to our prospects database (that list of thousands of names) was working. It always was. So I sort of… ignored that piece. I really wanted to get a coffee and the clock was ticking. I hit send.

Yes. I sent out an email with the opening line “Dear {FirstName LastName}”. That’s how it actually read. Marketers will feel my pain. It’s the marketing equivalent of the dream where you arrive at school in only your underpants. And they have a hole in them.

I saw the text at the top of the email just as I hit send – just as the email disappeared off my screen and down the pipes towards the screens of thousands of prospects. It’s a weird thing that – the brain kicking in milliseconds too late. I panicked. And in my panic to stop the email, I instead sent everyone on the list the same bust email again.

We prided ourselves on the quality of our email marketing. We had won awards. I had let the team down. My phone started ringing – workmates who wanted to say “what the f***?”. My inbox started filling – potential customers who wanted to say “duh, Michael J. Carden, marketing FAIL!”.

So I sent ANOTHER email to everyone on the list.

Hastily put together. No nice graphics. Apologizing for my mistake and promising that the webinar would be better than the email. I remember the subject line of that email very clearly: “Oops, I screwed up”.

And here’s the thing. That apology email became the best performing email we’d ever produced. That week we signed up 10 times more people for the webinar than ever before. 10 times.

So while I was getting hammered at the office for sloppy work, I had also seemingly struck marketing gold. I was the Forrest Gump of marketing. An email written in haste with no research, no graphics, no testing at all had outperformed our award winning marketing by an order of magnitude.

As the day wore on and the success of the apology email become clear in the record-breaking sign-up stats for the webinar, my whole understanding of marketing started unraveling. Tuesday was collapsing in on itself. I left work early. I knew something important had happened and I wanted to try and figure it out.