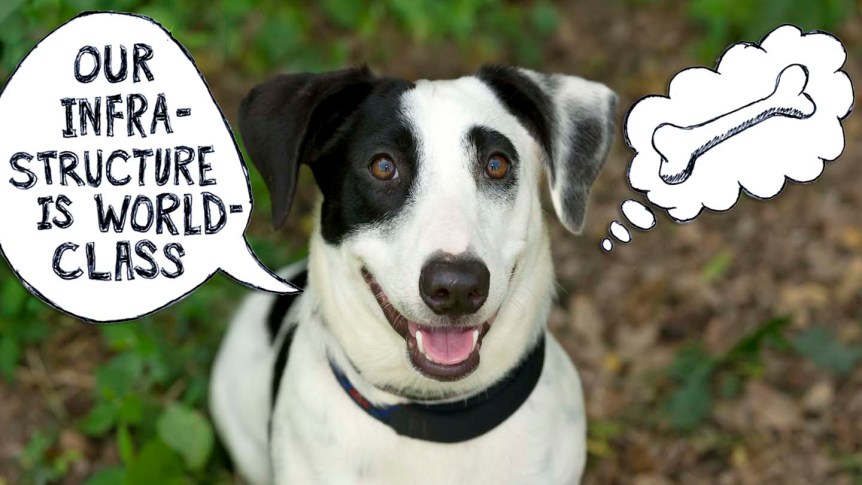 In the early days of our start-up, when there were only three of us, we had this narrow, upstairs office near the center of Auckland. It was ramshackle. You had to go through a series of abandoned rooms to get to it, and it had holes in the walls that looked like they’d been made with fists. There’d been an artist working in there so the floor was splattered with paint and everything always smelt slightly of solvents.

But on a teleconference that doesn’t matter, right?

I was sitting at the big communal desk that I shared with co-founder Mark Hellier. Mark’s one of those guys who’s a master of several things, but his real strength is that he’s a generalist. He can do almost anything about 80% as well as an expert. He can fix your car, tailor you a suit, or kayak a waterfall. With only a YouTube clip for research Mark can do an adequate job of anything. Bill Reichert from Garage Technology Ventures said that all startups need an optimist, a pessimist and an engineer: someone to say the glass is half full, someone to say it is half empty and an engineer to point out that the glass is the wrong size. At Sonar6, Mark was our engineer.

This particular morning Mark and I were on a teleconference trying to convince a potential customer in the US that our technical infrastructure was secure enough to house their sensitive HR data. Our desk was up against a window that faced onto a busy street: Nelson Street, in Auckland, right up by the freeway off-ramp. Six lanes of cars making the rapid adjustment from commute to central city chaos. The intersection was always noisy, and on this day the noise was even worse than usual because of a big rainstorm.

Part way through the teleconference, as the CIO on the other end lobbed questions at Mark about data encryption, the wind picked up dramatically. Rain pelted the window like a fist. A few moments later, a huge crack appeared across the window pane. Mark, unperturbed, answered the distant CIO’s queries calmly. Water ran through the crack and onto the desk. Mark, still talking, still calm, started moving the phone and all the company’s computer gear, lifting it out of reach of the growing puddle. I climbed up onto the desk with an empty pizza box to try and seal the window. More questions about the quality of our infrastructure were diligently answered with Mark now trying to stop water flowing into the power sockets and me standing on the desk, trying to protect us from the elements with a square of cheesy, greasy cardboard.

Then the window gave way completely. A massive shard of glass fell out and smashed onto the pavement below. Oh. My. God. I peered out. Fortunately no one had been directly underneath, but evidently someone was nearby because, through the now-much-louder noise of the rain blowing straight into the office and the traffic roaring up, I could hear someone shouting about falling glass.

Unfazed, Mark realized that this had gone far enough: “Hey, so, if there aren’t any more questions we might wrap this up, unfortunately someone else has this meeting room booked and they are outside,” he said cheerfully.

And that right there is a unifying feature of all startups. You try and appear bigger and more organized than you could possibly be. Have you ever caught yourself saying “I’ll put you through to someone in the support team,” even though you know there is only Dominik, you share a desk, and you’re going to physically pass him the phone? Yes. That is what I’m talking about.

Covering up the madness you work in isn’t necessarily a bad thing (in fact it’s often the only sane choice), but it starts a habit of speaking with a voice that is askew. You start saying “we” when you mean “I”. You aim for slick, professional, corporate in your dealing with clients and possible clients. Then your marketing gets infected with the same speak. And that’s where things go wrong. Or perhaps not so much “wrong” as “blah”.