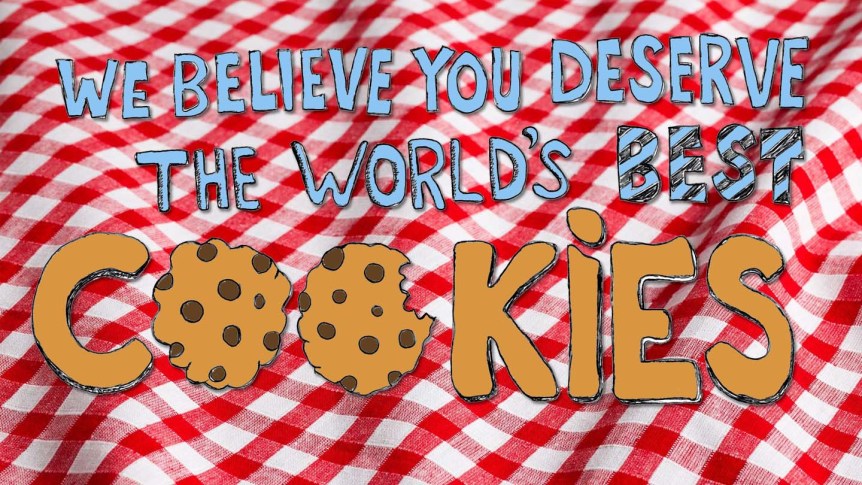 So let’s leave our first office with the water flooding in and flash forward again to Tuesday. As I said, I’d left work and was now sitting in my local trying to digest the day – how my bungled email and follow-up apology had so dramatically outperformed our slick marketing efforts. Sure, I’d struck marketing gold this one time, but relying on future mistakes didn’t seem like a viable strategy.

If you’d asked me about eureka moments before that day, I think I would have said they were fakes – Newton being hit on the head with an apple, Paul McCartney waking up with Yesterday already written, Art Fry realizing that his shitty glue could be used for PostIt notes – nicely marketed “moments” that were actually years of hard work. But as I sat there toying with my beer I was struck by a revelation.

I grabbed a coaster and scribbled it down:

It is easy to ignore marketing but hard to ignore people.

People who saw that apology email didn’t see it as marketing content. The subject line made them feel they were interacting with another human being – a slightly stupid human being, but a real person nevertheless. That’s why they responded.

We’re all adept at filtering. The world is a big, busy place with lots of stuff going on, so we just focus on the stuff that’s relevant at the time, like stopping our offspring being eaten by lions, or stopping the rain wrecking all our computer gear, or getting our morning coffee. We have to filter unimportant, unnecessary stuff – like marketing. Every person whose attention you want has a well-developed marketing filter.

Which means that successful marketing has to start by breaking through that marketing filter. One way to achieve that is by connecting on a human-to-human level – just as I had accidently done with my screw up and apology.

Here’s another example. There’s a company in my neighborhood that makes cookies. Their tagline is “We believe you deserve the world’s best cookies”. I am sure a lot of thought went into creating that line, but it just looks so much like marketing –and it’s very easy to ignore. That “We believe” at the beginning immediately falls into a category of marketing communication I think of as “Things Humans Never Say”. “Things Humans Never Say” is a bad place to start when you are trying to make a human-to-human connection. Starting a sentence with “We believe” is, funnily enough, not believable at all: nobody gets any sense of the people behind that we. And the “world’s best”. That’s a big claim, and not one that has any sense of appropriate human scale in it. I like cookies, and I’d rather have a good one than a bad one. But they’re only cookies. I’d probably settle for the best cookies available within ten minutes of my house. I don’t think I’m after the best cookies in the world. So while “We believe you deserve the world’s best cookies” is slick, it’s not good, in the sense of “likely to be effective”.

Imagine instead: “Karen, Kai and Shelly make our cookies”. Just that. Just a simple, matter-of-fact statement. It’s not slick, but it is human – and thus much more likely to break through people’s marketing filter.